Invitation to manage a one week workshop in 2009 at Strate School Design by Dominique Sciamma. The Workshop theme was to imagine an alternative of the Nintendo classic game controller and the famous Mario game. Students learned to modify the controller by hijack the PCB and then soldering cables on the buttons pads. By giving to the group simple notions of electronics sensors, the students has imagined other forms of possible interactions with Mario. As example the Mario Nude project use the pants’ zip like a switch connector to speed up the character and a light sensor under the hood to trig the jump when you move your head. Another group has imagined to use motion ball tilt sensors placed on each member of the group to extend the interactions of the game to the collective. And in the same spirit another project consisted in interacting with Mario via a ball system in tubes on which it was necessary to blow to close light sensors and thus to advance, jump, shoot and accelerate. Hijacking the interface of a game very quickly makes it possible to integrate notions of UX design and Hardware design in an uninhibited manner. 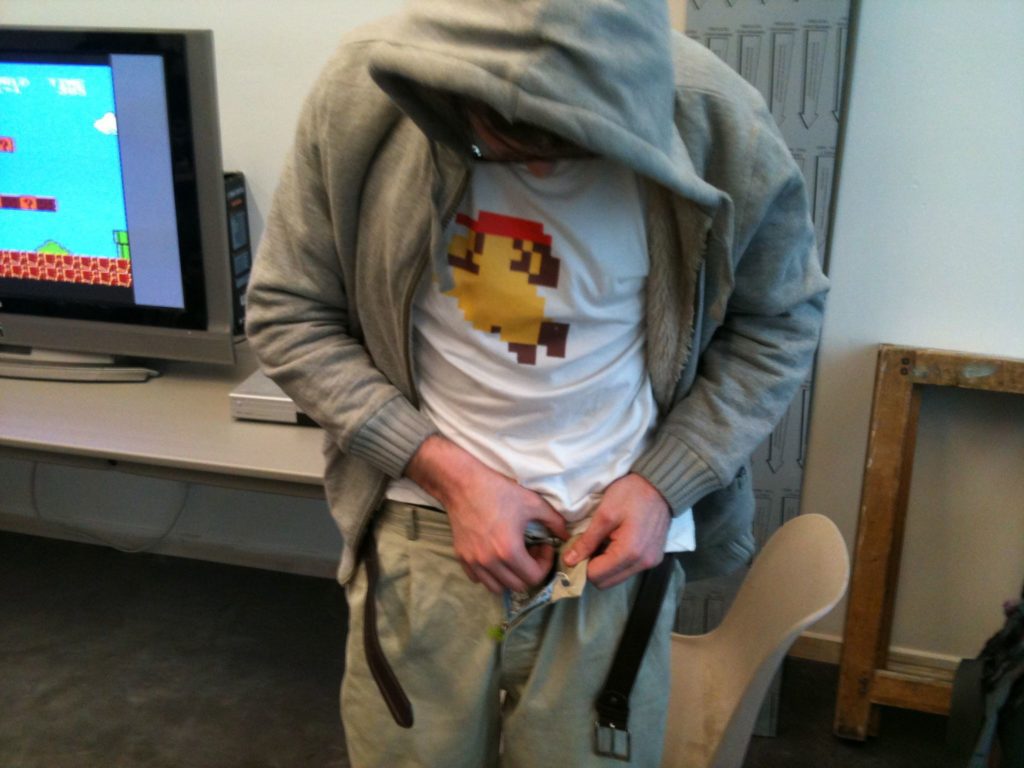