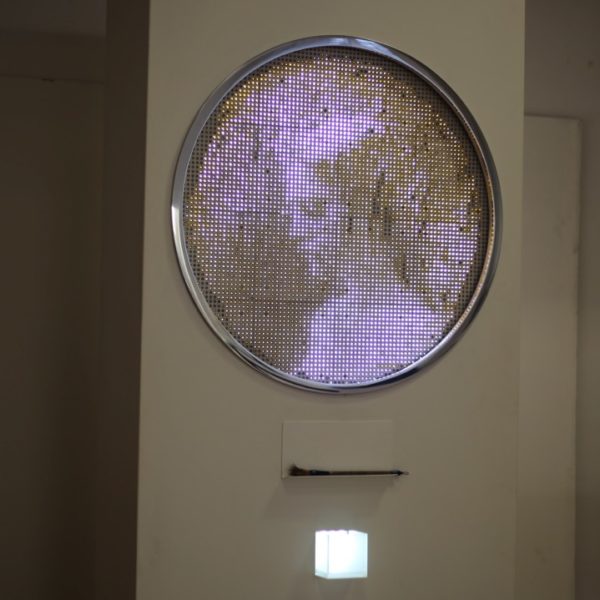 Illumide is a work realized in collaboration with the French brand Hermès. The piece accompanied the release of the perfume « Jour d’Hermès » and sought to evoke light and femininity. I remembered a cameo that my mother owned when I was child and my fascination for the purity of the stone. I imagined the installation « Illumide » as a kind of window in which people could draw light on a very pure white surface. The light is on ranges of amber and cold white color to evoke the different lights of the day. People realize after a while that their drawing is alive and that it is in fact the face of a woman behind. And her hairs move and wave causing this effect of glowing light.