I was proud to present my installation RR at the 10 YEARS ANNIVERSARY!!! // COLLECTIVE EXHIBITION @ UGM, Maribor, Slovenia by Ottoprod

In 2016, the french collective OTTO-Prod celebrates its 10th anniversary of activity in the field of art between cities of Maribor and Marseille. The group proposes an ambitious group show, untitled « Good Luck, Archaeologists! », gathering at Umetnostna Galerija Maribor a selection of thirty noticeable art works created during the last decade, here in Slovenia but also elsewhere, together with a night of live perfomances and concerts at cultural centre Pekarna.

« What remains of the artist’s experience, as he creates a work? Once free of his intention, what becomes of it? There’s its existence, marked by an environment, a geography, an era, a technicity. But is it meant to be discovered and taken into account by the rest of humanity, by future archaeologists?

After ten years spent working with artists, friends, activists and others, OTTO-Prod was unsure of how to transcribe its history, and could see the vacuity of any attempt at theorising it, aside from mythologies. It thus decided to ask a variety of people to study this art «through its technique, based on a repertory of material remains which occasionally has to be revealed.»
This celebratory event gives an overview of an ecosystem whose sensitive mapping will show artefacts – paradoxically, works whose materials and fabrication make light of their time, and of contemporaneity, but provide a glimpse of liberty.

If this is a call to potential future archaeologists, and not just to specialists in the realm of art, it’s because we want to emphasise the ways in which these artefacts can be interpreted in their complex relationships with a society, its modus operandi and the collective imagination it produces. At the cost of destabilising the coherence of an age, it’s important, no doubt, to reconsider its codes and references, places and dominant aesthetics, which can gradually appropriate a legacy and its commons. Flows and river courses, exchange currencies, electricity, celestial movements, public spaces, private spheres, technologies, mode of expression: fundamentals whose accessibility the artists defend through the mechanisms they reveal.

Dear archaeologists to come, watch over these objects like a space whose topology and history you need to recreate. Their geography’s variable; their migration’s a journey through life; their visions are sometimes anachronistic. It’s by foregrounding the experience of the work as something lived, and its raw substance, rather than any imposed definition, that we invite you to celebrate 10 years of shared living.» 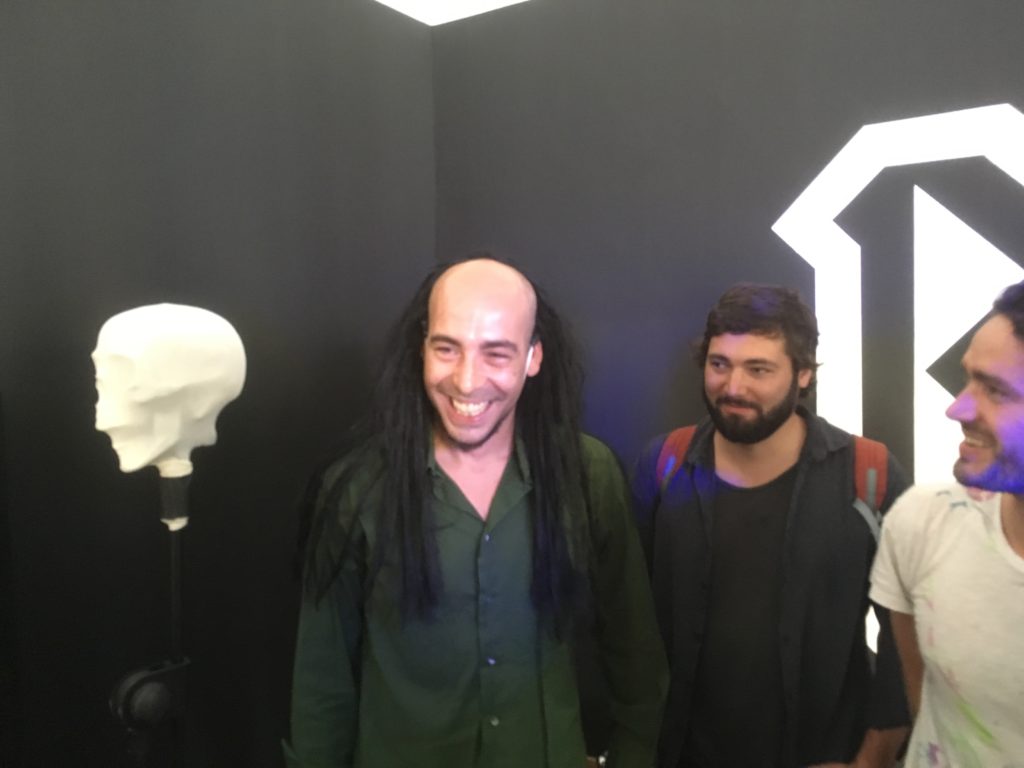