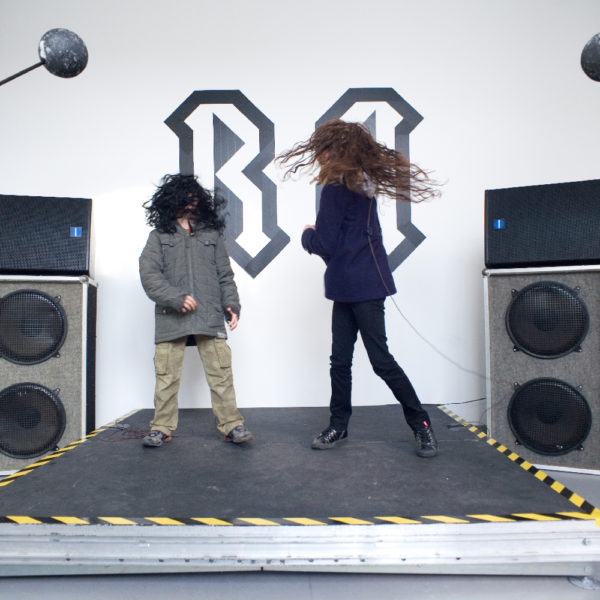 Headbanging is a type of dance which involves violently shaking the head in step with the music, most commonly rock and heavy metal music. RR is a set of wigs used to simulate headbanging while playing music. The goal is simply to wear a wig and violently move your head up and down to pump up the volume of hard rock sound. this installation take deeply his reference in the young musical game culture but placing the player truely like a rock star and not only like a player in front of a TV. 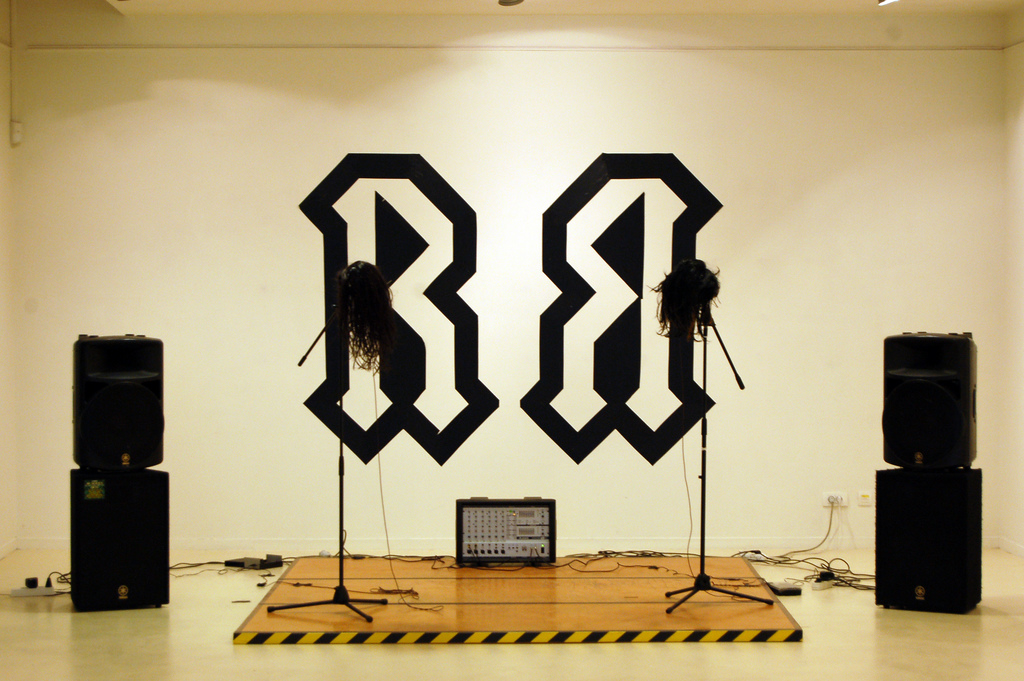