A 5 days workshop in December 2020 at the ESAD school in the city of Pau (France). The topic was to make a boardgame taking inspiration from the goodies taken in a surprise bag (candle, elastic, hourglass, dice…).

A guessing game for three to seven players where a group of players (the muses) line up dice, covered with symbols, to make one person guess a word, movie, work or expression to one player : the oracle. But the tricky thing is that one of the players called the charlatan secretly tries to guide the oracle on the wrong prediction.

A game based on pawns and rubber bands where you have to pierce your opponent’s defense by creating a line of rubber bands stretched between pawns going from your base to the opposite side.

Mixing a memory game, a fog of war and a kind of Pokemon hunting race. Advance on a field made up of cards which grows larger as the game progresses. You gain in experience by fighting some creatures in order to finally be enoughr stronger to win the final boss.

A game of treasure hunting in a burlesque universe where your movements are not always on your feet. Using your phone and a web app, you scan QRcodes on cubes according to your character color to advance in the game depending to the bonuses or penalties you discover.

Some other pictures during the workshop 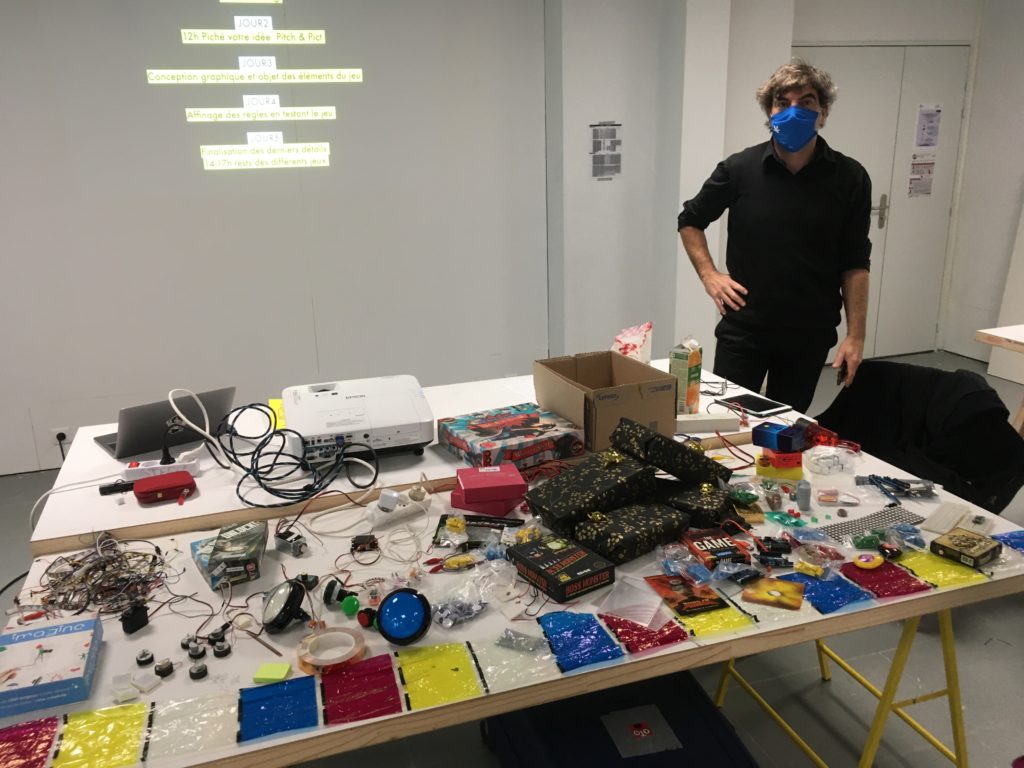